“Catch the New Wave!” is an obvious nod toward Surf music, while “New Wave” is a blast from the early 1980s. In the 1980s, simultaneous to New Wave, was the “Second Wave” in the swell of Surf Music history, the charge was mainly led by Los Angeles bands like Agent Orange, Jon & the Nightriders,… END_OF_DOCUMENT_TOKEN_TO_BE_REPLACED 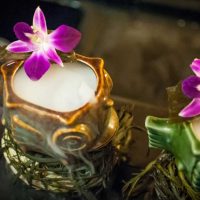 Thursday 1pm and 3pm sessions. This special event is NOT part of any other Tiki Oasis Ticket package. Interact one-on-one with makers representing new products, and some of our old favorites. Tiki Oasis has curated an international collection of a very limited number of rum and other spirit brands that go well in Tiki cocktails!… END_OF_DOCUMENT_TOKEN_TO_BE_REPLACED 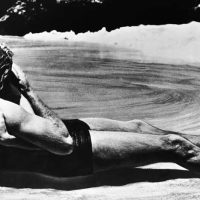 Saturday 10am-11am. Join author DeSoto Brown as he takes you on a journey back in time to the optimistic years of the 1950s and ’60s in Hawaii, to see and hear how the islands would have been presented in a commercial promotional film of that time. Entry is included with BOTH Cocktail and Deluxe passes…. END_OF_DOCUMENT_TOKEN_TO_BE_REPLACED 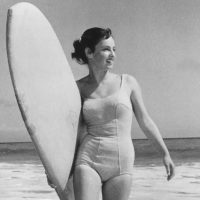 Saturday 3:30-5pm. Join us for a showing of the Accidental Icon: The Real Gidget Story and Q&A with the REAL Gidget Kathy Zuckerman and the Director Brian Gillogly! The movie tells the story behind the world famous book and film franchise that brought surfing to the masses. In the summer of ’56, Los Angeles teenager Kathy… END_OF_DOCUMENT_TOKEN_TO_BE_REPLACED 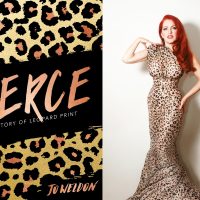 Friday 4pm-5pm. These days leopard print is so common that we take it for granted, but it remains one of the most controversial topics in fashion, equally denounced and adored. The term “leopard print” no longer refers simply to the pattern of a big cat being represented on fabric. From being the sole province of… END_OF_DOCUMENT_TOKEN_TO_BE_REPLACED 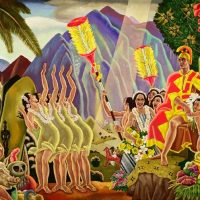 Thursday 1pm-2:30pm. Come share your story! In Hawaii, the ancient art of storytelling is called mo’olelo, and like those customs of old and new storytelling series like The Moth, we’re inviting people to get up and share their stories of their ownTiki pilgrimages — hilarious or sad or kooky or fun, it’s all part of… END_OF_DOCUMENT_TOKEN_TO_BE_REPLACED