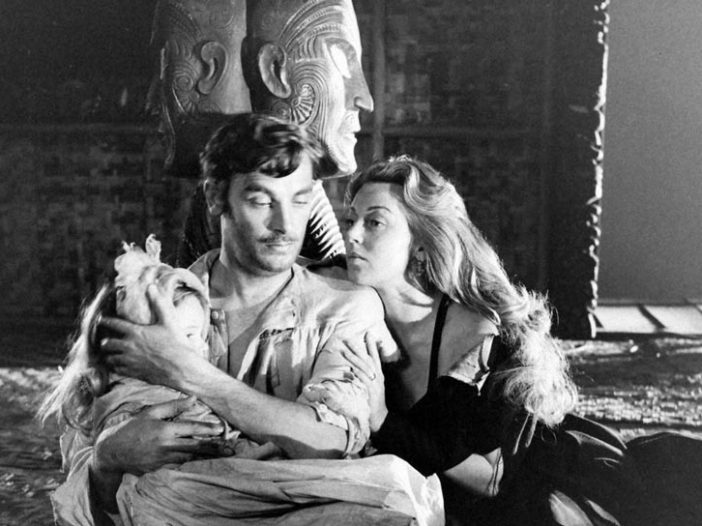 Film Historian Matthew Locey shares his favorite movies from the golden age of Hollywood – the 1940s!

ADVENTURES OF MARTIN EDEN, THE (1942) COLUMBIA. Semi-autobiographical account of writer Jack London as a crew member of a Pacific cargo ship with a tyrannical, bully of a Captain. Stars Glen Ford and partially set in Tahiti.

ALOMA OF THE SOUTH SEAS (1941) PARAMOUNT. Dorothy Lamour and Jon Hall. Fun South Seas flick with Hall playing a native chief’s son who just returned to his island from an American education and lifestyle and Lamour as his Island pre-arranged betrothed.

IN THE NAVY (1941) UNIVERSAL Bud Abbott, Lou Costello, Dick Powell, and the Andrews Sisters. Abbott and Costello are two bungling sailors hanging with Powell, who is a famous singer hiding in the Navy from the public. Musical/comedy set in Hawaii.

MOON AND SIXPENCE (1942) UNITED ARTISTS. George Sanders in very Gauguin-like story of a westerner leaving it all to paint in Tahiti, after being influenced by a small Tahitian tiki he bought in Paris.

WAKE OF THE RED WITCH (1948) REPUBLIC. Classic South Seas film with John Wayne as an adventurous sea captain, who has a personal rivalry with a shipping magnate.